The first time I saw this film was around 2009. A friend had come down from North Carolina to Louisiana to visit me. She was my aesthetic mother, when it came to strange and uncanny films in those earlier days. It was late; I was living with my parents. The movie starts innocently enough. Then Jeffrey Beaumont (Kyle MacLachlan) finds the ear, meets Sandy (Laura Dern, who will make another appearance later in this post) and gets the idea he might be a private investigator.

This was about the time my actual mother (RIP) started to approach from behind us, in the shadows, from the kitchen to the living room. Just in time, hanging out long enough to meet our Frank (Dennis Hopper). She stands there and watched long enough to see Frank do his thing.

"What are y'all watching?"

where'd you put those eyes?

One of the things I love most about the art of cinema is the ability, and what it can mean, to show the world to an observer (see also: audience) as the artist sees it.

It's framed? Yes. A simulacrum of reality? Sure. But what else is perception? There is no all-seeing eye, no complete and "uncorrupted" objective reality to experience that any human observer would see the same way as another. There is no way to recuse our subjectivity, because like objectivity, these are abstractions of reality, concepts used to attempt to make the world more understandable within a conceptual framework. When it comes to subject/object, we're working well within a framework established in Western thought more than 2000 years ago.

It wouldn't be the case unless there was some use for this. But with the advent of photography and the beginnings of cinema at the end of the 19th century and its development alongside revolutions in theoretical physics, these fundamentally metaphysical issues have met their maker.

Whether artist or observer, we all participate in this experience. By observing, the work itself is completed. Not all moving pictures are art, and not all art will be seen as art by everyone, and how charmed we are to be moved by moving images the way we can be. People yearn for participation in artwork same as they yearn for air or food or fucking. Just because it hasn't solved the riddle of how our species is supposed to live doesn't mean it isn't working.

It is an additive process and not one subject to reduction. Like love, it grows by being given away, and freely and with as much quality in form and content as possible. Art is as accessible as the observer observing it. I find that this work is best done by complex people. Unlike simpletons, complex people gravitate to broad ranges of content but don't shy away from squeamishness of lack in form or content from their own aesthetic preference.. For those seeking only escape from their regrettable realities, of course the preference is not to face the dark.

What about what isn't shared? What about things we hope to keep private? The parts that make us feel vulnerable, or that might expose us for the monsters we suspect ourselves to be?

Can we suppose catching a thing in an unobserved state is possible? Do we not affect by observation? How do we respond when the filmmaker draws our attention toward the voyeuristic nature of the cinema experience? Aren't we then witnesses to the scene of the crime? 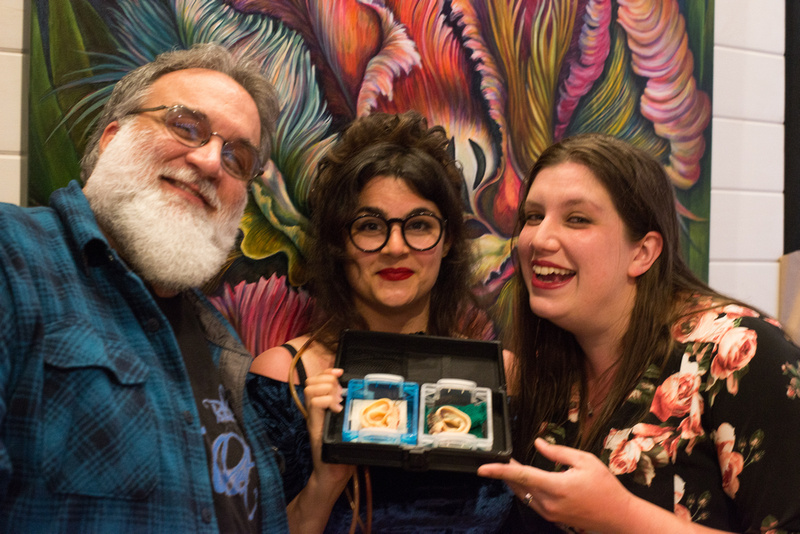 with my best friend and Jeff Goodwin who, at 23 years old and a graduate of UNCG, acted as the SFX makeup artist for Blue Velvet. He is responsible for the Ear, also included in my very. Fucking. Hands. 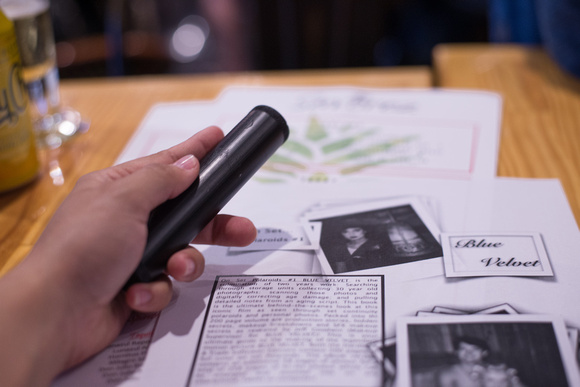 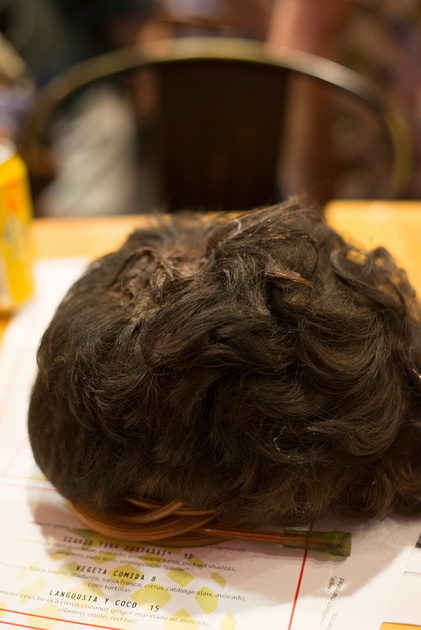 See also: wig with bloody tube, which we were given free access to... 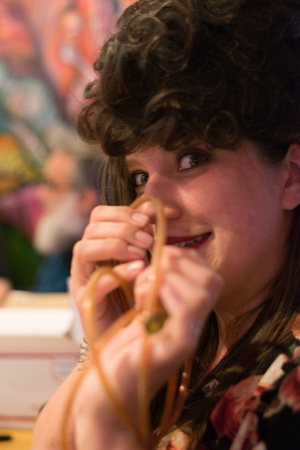 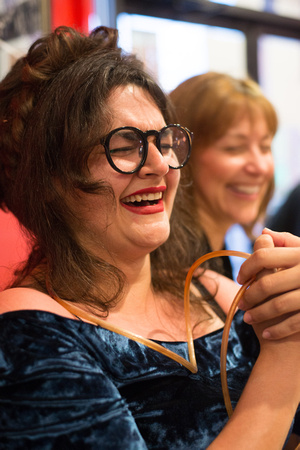 We met some very friendly strangers along the way. Grace, who you can see in the background of the above photo of me, was unbelievably kind and generous. She purchased a $60 copy of this incredible Blue Velvet - Polaroids book for me and Virginia. She and her husband, Kenyata, have a store called Whatever Wilmington with loads of cool shit. He collects movie props and is the source of the wig and silencer seen above. 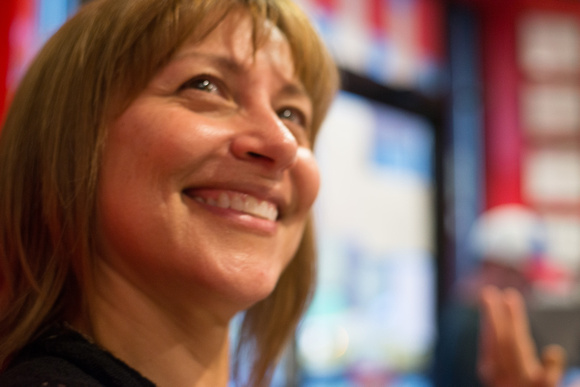 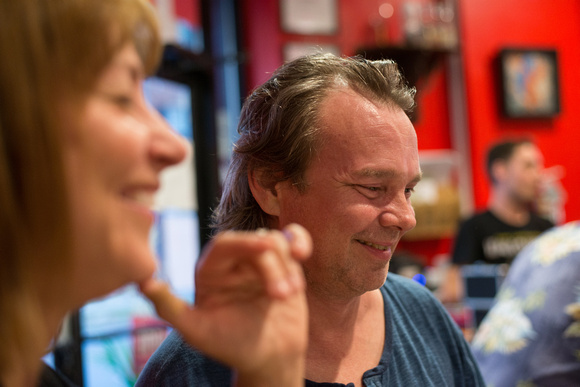 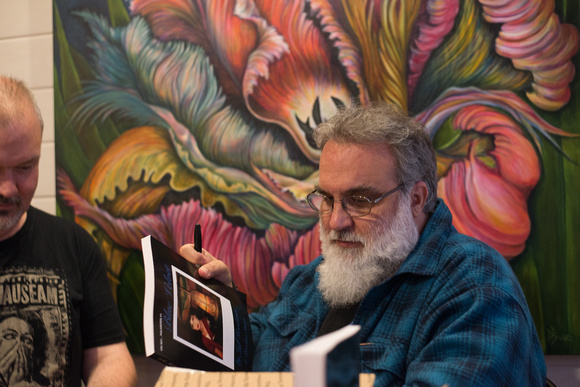 THAT BOOK I MENTIONED THANK YOU GRACE YOU ARE SO WONDERFUL and thanks to Jeff for signing I could just cry.

AND HERE IS THE MAN AGAIN WITH HIS CREATION-S! 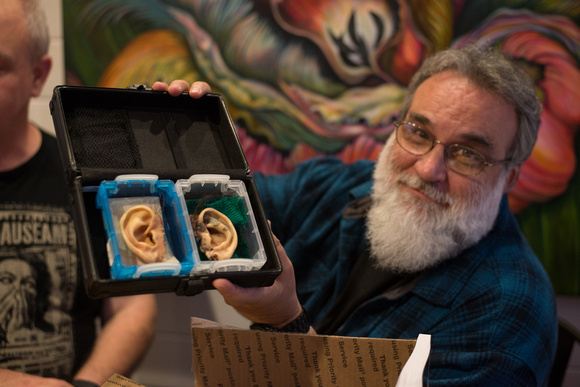 Here is Kenny. Kenny is the genius behind Myers House NC and On Set Cinema: 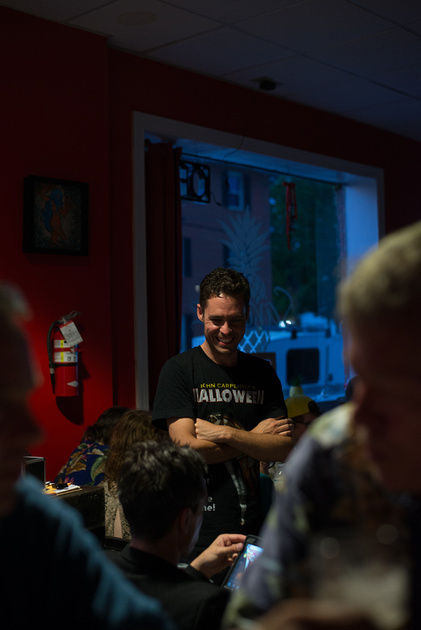 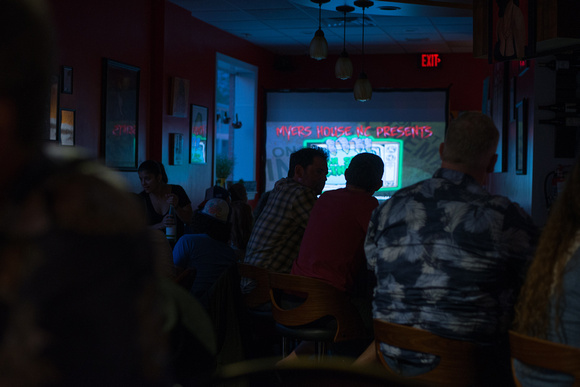 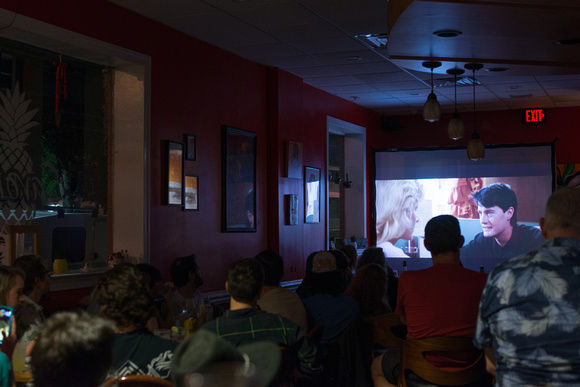 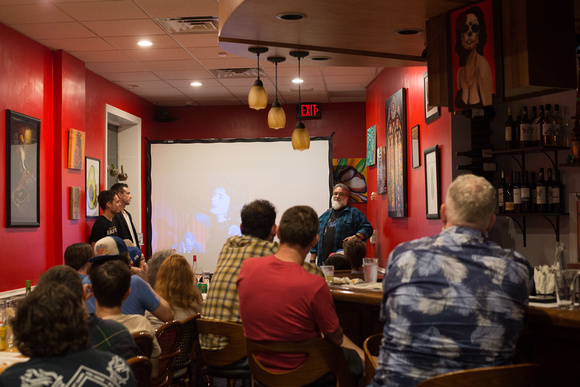 FOLLOWED BY AMAZING ON SET STORIES AND TRADE SECRETS WITHHELD RE: THE BEST FAKE BLOOD EVER 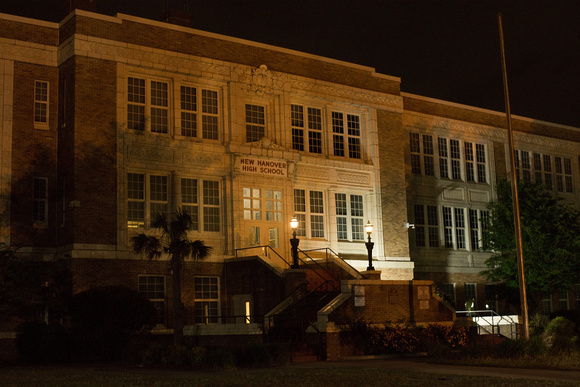 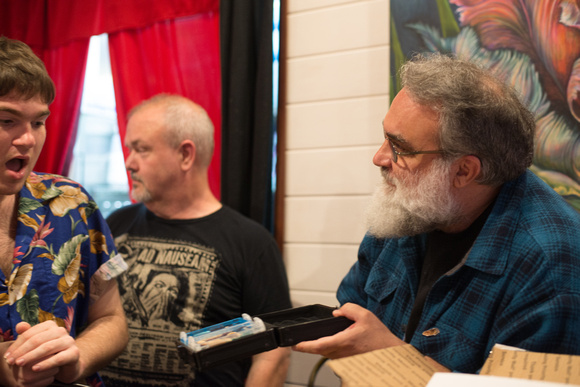 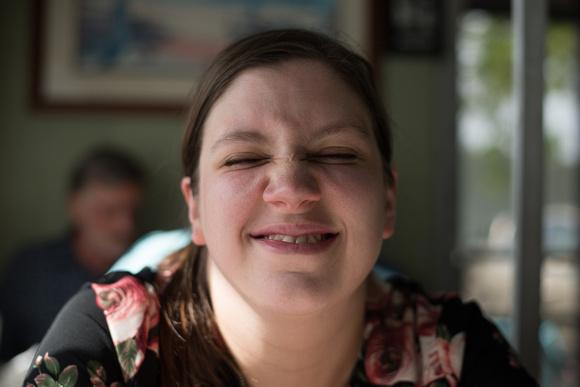 She is my best friend.