You can catch CINEMA OVERDRIVE at the Alamo Drafthouse Raleigh 1st Mondays of the month.

CINEMA OVERDRIVE screens at The Carolina Theatre of Durham throughout the rest of the year. Grab a copy of the new RETRO FILM SERIES BROCHURE to see what's coming up!

You can also join the CINEMA OVERDRIVE Facebook group here

In love there is also a pain, so it is the word necessary for this expression.

It also contains truth. I am only interested in the truth. 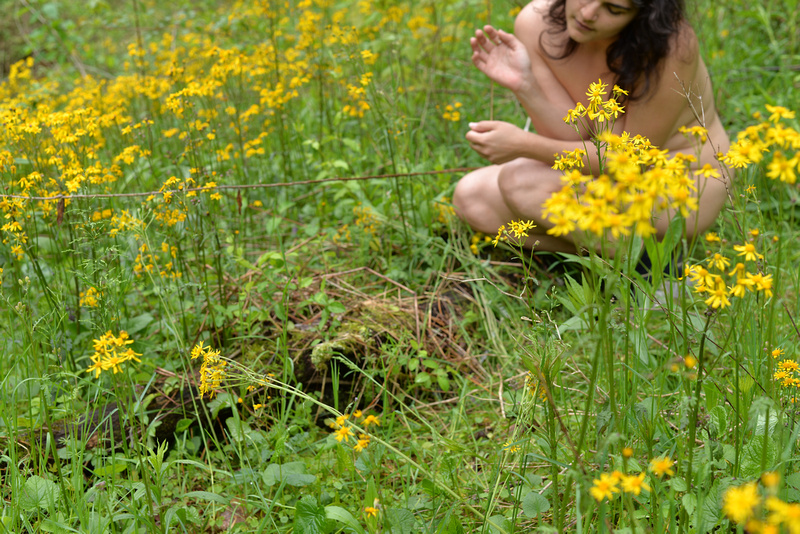 "Let him who seeks continue seeking until he finds. When he finds, he will become troubled.

When he becomes troubled, he will be astonished, and he will rule over the All."

In case you’re put off by Jesus or would make me into some kind of simple minded clod, our culture didn’t have the mostly completed text of this heretical, demonized, Gnostic text until Nag in ‘45. (PS there were loads of them.)

This is how I make friends guys.

“Love, as a way of uniting paradoxical realities of self and other. “

And all you INTP ESFJ whatevers, with your Jungian lineage, might appreciate that Jung himself spearheaded the effort to translate these works. So come with me as I explore this land of Nag. We’re going with Nag. Because i’Am, and Nag Hammadi in Egypt is where ancient scrolls were found even before the Dead Sea.

“...ego faces love in savagery and without compassion to maintain itself.”

Last time, I brought you a wide spectrum of the cinematic viewings I enjoyed from a multitude of independent programmers around the Triangle. Since then there have been more and more. On my plate? Space and time and radiation and men and power and sweet, sweet release.

A smattering of friendly, familiar faces. Genuinely happy to get to know y’all. Really.

“Love, because I recognize my own capacity to choose my ego over love.’

But for now, I have an altar to offer. Buckle up. We’re going into OVERDRIVE.

Are you feeling agitated at the stream of mass-produced major studio mediocrity in the new releases at major movie theaters? Fan of the strange? Enjoy the thrill of the unusual, the rare, the unknown, the absurd?

Perhaps you’re in the mood for something a little...different.

On the edge of acceptability - for lack of exposure, low-budget indie status, subversion of traditional narratives or experimental technical approach. Maybe you want to impress your friends or a hot date with your knowledge of obscure, unknown film titles in every. Fucking. Genre.

Except maybe romance. Maybe not a date - get married first.

Maybe, like me, you indulge this vice through well-researched and cleanly crafted fare of the current television renaissance. But these series require time commitments. They also require an enormous amount of intellectual and aesthetic real estate in your brain.

Ask yourself: are you the sort of person who seeks gold - even if it may be obscured by a layer of shit? Are you looking for a reliable outlet for your most sinister of creative and intellectual desires? Do you dare question the cinematic status-quo? Are you willing to dig inside your own shit? Test the limits of taste? Give your brain some time and space to play without having it all laid out on the uber-detailed platter of current aesthetic trends?

Maybe, too, that sleek, aesthetic perfection peeks out at you from the cracks of hidden masterpieces. Heroes and villains and everything inbetween. Familiar faces, familiar times and places, all the strangeness of the surreal and the horror of the real. It’s everything. And I have found heroes, and villains, and love and hate, and everything under the sun and in the dark of the theater.

Put it in your calendar. Clear your first Mondays and a handful of Wednesdays. Maybe you can’t make it every time, but when you can, place your faith in the strange. Forever, always, mine will be at home in the rapture and lustful irregularity of Cinema Overdrive.

"Sometimes the greatest artists in a medium bypass or violate the simple technical competence that is so necessary for hacks...

an artist who is not a good technician can indeed create new standards,

because standards of technical competence are based on comparisons with work already done."

Established in 2002, Cinema Overdrive is a series dedicated to bringing some of the rarest, boldest, most audacious and eclectic of feature film cult obscurities back to the big screen.

“You helped to regrow me from the roots.”

Those of you very kind and beautiful people who have been following LAMBLYOPTIC’s battle cry that Light Artists Are the Least Light-Hearted might have noticed some repeated themes and preoccupations.

I’m like a succubus - neither creating nor exhibiting any cinematic content of my own choosing. I’m not lazy, I just tend to be a little intense and even controlling sometimes. It’s my pleasure and occasional preference to be a passenger. Give someone else the wheel. Take it, Jesus. Show me what you want me to see.

At every raucous turn, I find myself going back to the Triangle born and bred, this nerd’s bread and butter, the inspiration to begin this film-philosophy venture in earnest. Within this humble offering I argue for the beauty - nay, sublimity - hearkening from the chassis of CINEMA OVERDRIVE.

“A body. A lovesick idiot. A mistake. An escape. From what?”

I returned home to North Carolina in April of 2017 after an 8-year long stint in the Greater New Orleans area, newly minted as a Bachelorette of Film Arts and Philosophy. Fortunately, I was coming home to friends who were similarly engaged in heart and mind.

With the New Orleans Film Festival and a wide variety of theaters and programming always available, it was a huge relief to find that OVERDRIVE would scratch the itch I had for cult rarities and subversive titles that would help me continue to unpack the core of my thesis: Liberating Art from its Satan, Technocracy.

“I’d just felt like a series of tubes, a shell to put your shame into.”

Occasionally I have been ruthless in my evaluations of OVERDRIVE’s content. LAALLH started as a response to August 2018’s screening of The Visitor. April’s exhibition of the thankfully underseen Satan’s Children left me similarly flummoxed from an aesthetic point of view.

But it was never my intention to shit on this series. Anyone who’s been paying attention can see how much love I have for Satan’s child.

“I didn’t lie to you when I said romance was dead in me.”

I’ll never forget learning, in my Intro to Film class taught by then-department head Steve Hank, that hi-fidelity work imposes its own answers in the mind of the viewer, while low-fidelity invites the audience to participate more fully because not all answers are provided. The work is frayed at the edges.

Artworld accolade-winning titles have their day in the sun enough to blanch like plastic toys. It is the sometimes inelegant, sometimes crude, sometimes ugly and irreverent and bold titles hiding under the stones of time and attention that hold the most water if what you’re looking for is a more nuanced, balanced version of this light and dark of power we all share.

In OVERDRIVE, what has been lost in the sleek savagery of patently non-art commercial usage of the motion picture format can find its antidote.

“Art is more important than any of this.”

OVERDRIVE delivers. Hard. Because life is hard. Being honest is hard.

Audacity invites critique as much as it relishes in the delight of slaughtered sacred cows, and Satan - that elusive Other, that foil of foils - can’t help but subconsciously yearn for judgement, as long as it is noticed in the first place, boldly being and soaking in all the best and worst of feelings from the projections of its Master.

But the overwhelming kindness, the all-encompassing love, pantheism, forgiveness before, during, and after the committing of sins, is my wheelhouse.

“With my blood I proclaim the innocence of my heart.”

In my Gnosticism I have found that the naive, pathetic Jesus of my forefathers is not the man they thought he was (or at least, who they made him out to be). He was subversive. He was dark and uncanny and strange. He was a rabble-rousing slut-loving anarchistic martyr of the highest order.

“My supplication. Your cruelty. Defeat.”

In Pistis Sophia Jesus went to the other and found Sophia suffering, oppressed by the 12 powers and calling out to the Light, over and over, while her son-God reigned his chaos and the world went to shit while she’s not where she belongs in the 13th aeon. Then Jesus saves her and says her taking her true place will be the coming of The Beginning/End. Right here, baby. 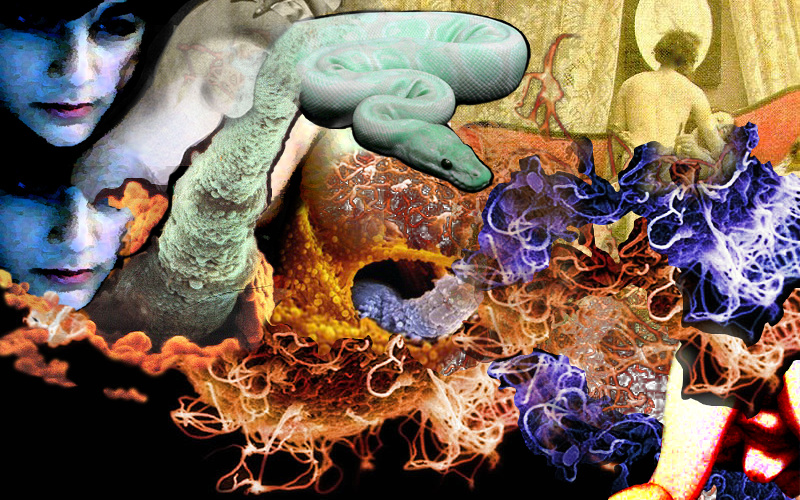 And the number of people in the world who are hip to this could fit through the eye of a needle.

The people who can see God and Satan as one and the same.

Sometimes sin. Nada. Nothing. Gnostics went there and turned God into Satan. They said all kinds of fascinating shit. The Satan of Agnosticism, Gnosticism means you can know by being intimately familiar with that which is occasionally called God.

I don’t mean some incarnated demon I’m talking about other. What is that?

A thing has its opposite. Its foil, its contrast, its consort. So too it may have its Satan.

Jesus, being the kind of thing it was or wasn’t (for you skeptics and conspiracy theorists and jews and - this is getting weird - amateur time travelers out there) had a particular incarnation of a Satan. This entity is illustrated as essentially a combination of cunning, mean-spirited, and nihilistic. Loads of candidates could fit the bill. If a man were to take the fall for all Satanic sins, you could find a little Satan in loads of them.

I’ve bedded them and would know.

“Ego is the best safe word. It is the opposite of love.”

So too there were Jesus, and he were me, and I were they and therefore Satan, and am in all such intimate relations of friends, neighbors, countrymen, and so am a Satan to any number of saints and scum. And by that motherfucker God and all that is Holy under my mistress Sophia I am also fucking Jesus and that’s all the authority I need to stir shit up and say my piece.

Everyone is their own cup of tea. And there’s no opposite to tea. So all my love to all you fuckers as well as those in abstention absentia.

I have sometimes been troubled and sometimes astonished at where we went in those times. But I know that I couldn’t have gotten to that singular place any other way.

“There’s nothing more I can say about any of it outside art itself. There, truth prevails.”

Had your own religious experience with Cinema Overdrive? Let me know in the comments!