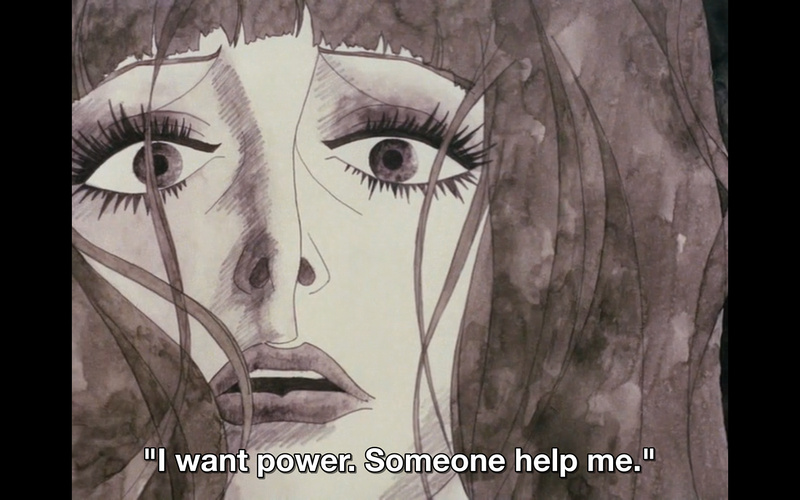 Outside the strivings of social scientists, historians, and Romantics on the one hand, and analytic-cognitivist philosophy and its many “hail, science!” secularists on the other, an alternative approach developed within the world of academic philosophy and film theorization. Film-philosophy proposes that both “philosophy and film engage with problems – specifically, scepticism and nihilism – that cut across cultural, aesthetic, and ethico-political domains.” (102)

For Stanley Cavell, “the experience of film affords us a way of contending with scepticism [the view that we can have no certain knowledge of the world; that we remain metaphysically isolated from reality/Being]... thereby helping restore meaning in a culture that still struggles with philosophy’s disenfranchisement of the ordinary. [Film] literally (cinematically) stages this ‘sceptical’ concern. The mystery of film is how it can present a visual world of movement and time that captures aspects of our experience of reality but which also remains intriguingly distinct and separate from it; a world that is present to me, that I perceive and experience, but from which I am absent and disconnected.” (103)

Queue nihilism. “...this image-world is nonetheless meaningful; a restoring of the sundered link with the world that has been lost in modernity.” (103) Whatever meaning we cannot find in our own lives, however unlikely it seems that our alienated, individualized, institutionalized existence could have meaning, we engage with the movies because we deeply desire to suspend our disbelief. If only for a couple of hours or – with the contemporary renaissance of substantial television – many, many hours. We seek escape from nihilism by giving our skeptical minds a break.

Philosophy has come to a moment where it could not be regarded any more contemptuously by ordinary people, and is simultaneously snubbed by intellectuals on the basis of the epistemological superiority of scientific rigor. Philosophy has become the helpmeet of the so-called “hard” sciences. “Modern philosophy has, of course, tried to vanquish scepticism by showing that objective knowledge is possible (mathematics, logic, science); that we can attain certainty about ourselves and the world in some respects, but that such claims always remain open to sceptical doubt.” (103)

The experience of film literally transcends the capabilities of philosophy and engages with human consciousness in ways that philosophy cannot. “[Stanley Cavell and Gilles Deleuze] argue that philosophy cannot merely be ‘applied’ to film as its object; rather, film and philosophy enter into a transformative relationship that opens up new ways of thinking.” (102) Consciousness itself is unfolding in front of our eyes. The whole of the audience, the whole of the “artworld” engaged in the medium of film - which would be nearly everyone on the planet – now has a seat at the metaphysical table. 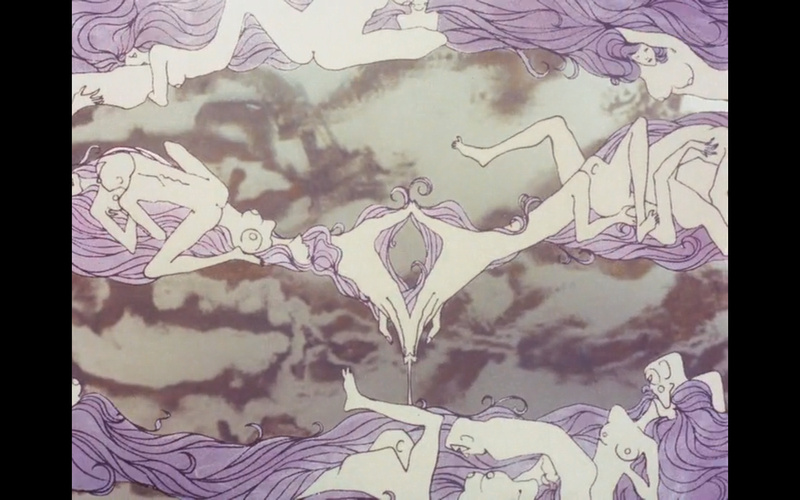 Film isn’t fully appreciated without a love of wisdom, and without film, philosophy is dead, and without art, there is no science nor outlet for our suffering, and without an understanding of our suffering, we cannot grow as a species. Through this process we come to know ourselves. If the Pistis Sophia, through its metaphor or prophecy or what have you, points to the reality of an evolved sexual metaphysics, we may be on the verge of something new.

ORTHODOXY AND HERESY: THE RELIGION AND POLITICS OF METAPHYSICS

As in the case of Greek words for knowledge, Greek is host to many different words for different kinds of love. Romantic love (eros) was usually regarded as antithetical to knowledge, which was carried even into mystical, aescetic circles, but certainly embraced by what became of philosophy and its religious affiliates in the West following the Christianization of Rome and resulting orthodoxies. Greek brotherly love, philia, became the pretext of how wisdom could be responsibly considered. Contemporary fraternal organizations of influence come to mind. Meanwhile, “The tone and ethos of men’s house culture is sadistic, power-oriented, and latently homosexual, frequently narcissistic in its energy and motives.” (Millett, 50) Note also that “brotherly” denotes the absence of feminine participation. She is an object to be studied, in secret, while paying public obeisance to the Father.

Orthodoxy’s powerful character is shared on both seemingly opposing ends of the secular-religious spectrum in ways that are curiously conspicuous. Like religious orthodoxy, secular orthodoxy deifies the Rational Mind. This type of mind, or the kind of thinking made possible by the kind of bodies we have, is the only reliable authority in the pursuit of knowledge. One also finds evidence of this dominance/submission dynamic in religious orthodoxy, which makes frequent allusions to the Will of God. This approach flows from streams that are both authoritative (Descartes, Newton, Hobbes, Kant) and authoritarian. It’s motivating principle is to know in order to control; but not to control the source that gives it power. No. To put itself in a useful relationship with the power in order to control, or at very least influence others.

These are patriarchal worlds embodying patriarchal values, most especially threatened by all that is contained in Gnosis and its practitioners.

Secular heresy questions the primacy of the ideological authority of rationalistic paradigms. These objections are generally regarded as infantile/immature/naïve by the orthodox. Religious heresy consists also of questioning hierarchy and the authoritative canon, inroads toward (or hearkenings to prior) feminine political/religious influence,  as well as crossing class boundaries and questioning one’s assigned or expected social role in the wider society. Gnostic questioning of the authority of the rulers – by way of one’s personal, inner, intimate experience with a divine entity that supersedes the Yahweh/Jehovah/Fatherly force – is mirrored in the questioning concerning the implications of quantum mechanical experimentation, especially that regarding the nature of light, on the possibility of objective knowledge. For Gnostics, secular certainty is not the goal. 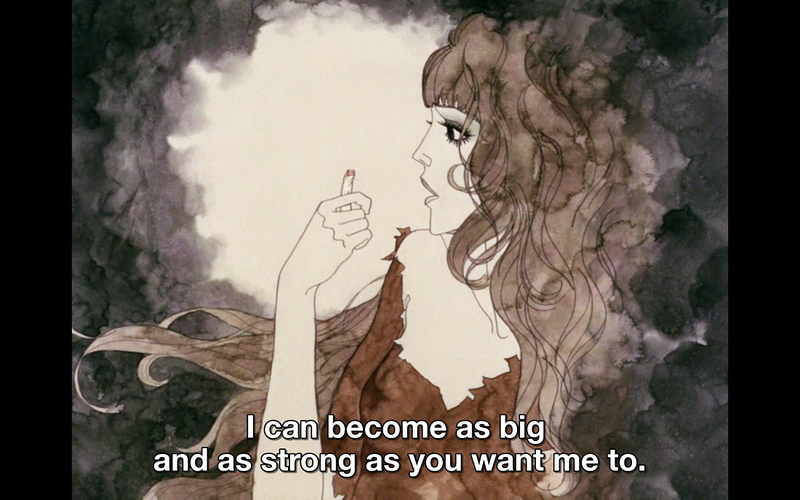 That which addresses the most fundamental mysteries of reality occurs through the contemplation of metaphysics - consciously and subconsciously. Reality can be both orderly and chaotic, material and immaterial. Whether this dialogue occurs between mind and word, spirit and film, body and mind, or mind and spirit (etc.) depends on the circumstances of the prescribed conversation. What is most real is most radical. Nothing in our lives is more radical than gender’s material and psychic manifestations, and you can see it in the movies.

According to Leonard Shlain, our society is currently recovering from millennia of imbalance between masculine and feminine energies wrought by articulation of our left-brained, analytical, causal, linear capacities that are, he argues, derived from our species most innovative invention of literacy. With the advent of cinema, the reliance on the page slowly gave way to a broad and complementary literacy provided on the screen. Images, processed primarily in the integrative right brain, began to multiply.

Sex is here considered both in an embodied sense of the act itself and with regard to the psychic, categorical splits between masculine and feminine. “Coitus can scarcely be said to take place in a vacuum; although of itself it appears a biological and physical activity, it is set so deeply within the larger context of human affairs that it serves as a charges microcosm of the varieties of attitudes and values to which a culture subscribes.” (Millett, 23) Sex manifests the qualities and valuations of the collective unconscious as halves of a dynamic whole.

Philocinesophic films test significant boundaries of the viewer. They engage philosophically via the medium of film, and have as their prime directive the conflict of material vs immaterial in the quest to unite soul and spirit. These can be boundaries set between bodies and the world they inhabit - but give us, also, a glimpse of the world that inhabits them. This can be the interior world of the characters, the personal, subjective world we bring with us into the theater, the culture at large (collective consciousness) or the collective unconscious (theories propelling our assumed metaphysics).

The reason metaphysics is argued here is that between characters there is a continuity of collective consciousness. In each case, the feminine protagonist struggles with her own wisdom, material and psychological, and reckons with its blind spots, inaccuracies, and repressions. In each case, the psyche/pneuma conflicts within each of the individual storylines hearkens to the Sophia myth of wisdom, falling into darkness, and resulting metanoia. In each case, she seeks some compromise with her interior world and the exterior world which is essentially hostile to her mental life and attempts to force her submission to the powers that be.

In these films are depictions that question our most fundamental failures and strivings: secular vs religious value, truth vs falsehood, and the relationship of masculine and feminine “modes” of power, be it physical or metaphysical. These films are the sine qua non of human inquiry into what knowledge qualifies as wisdom, and deficiencies wisdom has had and continues to struggle with.

COMING SOON TO A BROWSER NEAR YOU

Possessed, Puzzle of a Downfall Child, Belladonna of Sadness, House

WISDOM BEYOND THE FALL

Denoument: The Outsider, The Lighthouse

Who is the boogeyman? How does man-kind reclaim a positive masculine identity for himself?