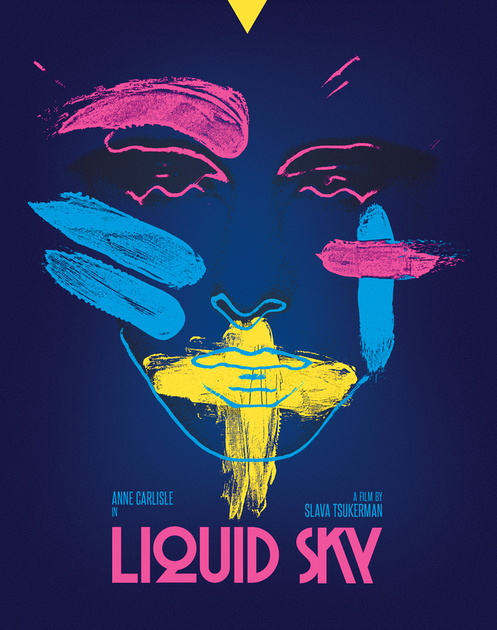 "Extensive notes," I said. And by God, I thought that's what happened. But when I looked at my notes from September's screening of LIQUID SKY, I had a flashback to the melange of colors and textures of the film. Mostly, I wrote down quotes. Gems like:

"I hate you, you ugly chicken."

"I want my vision blurred so I don't have to look at your face."

"The police are no protection from aliens. Are you? You got a laser gun in your pants?"

In summary: An alien creature invades New York's punk subculture in its search for an opiate released by the brain during orgasm.

The film is an off-radar masterpiece.

But it's not enough to say "Oh man! That was really great!"

So here's what I can say, based on the ugly chicken chickenscratch from my notebook and the semi-solid sounds and sensory details that did not escape my first viewing of the film. 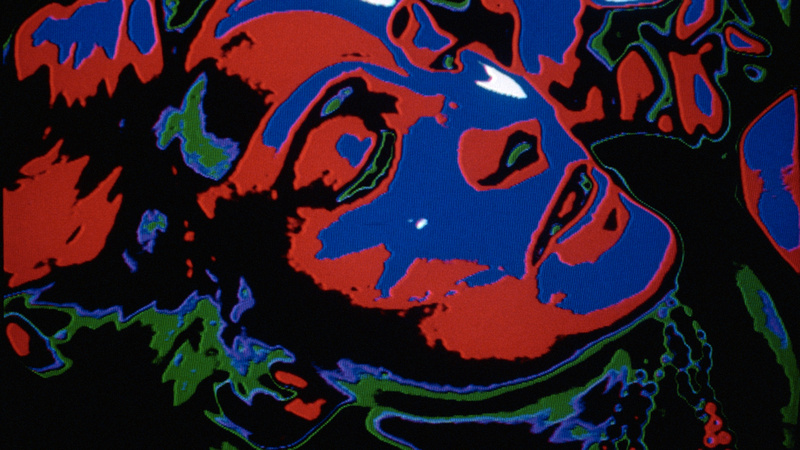 This film was deeply gratifying from the standpoint of its graphic elements, cinematographic treatment of color and light. The fascinating, richly saturated starkly contrasted alien POV shots hearkened to electron microscopy as much as straight photography.

In my mind, I still clearly see the shot of a New York City intersection, Blue shadows, cycling streetlights, yellow cabs pacing through and through. Primary colors, baby. 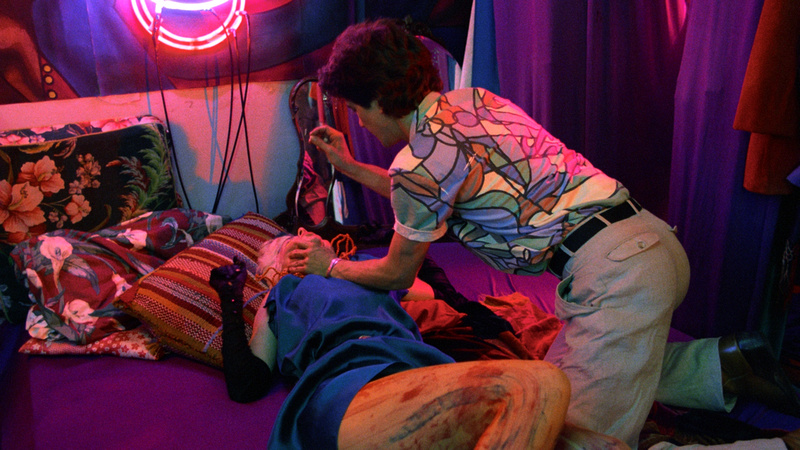 In a world with so many Weinsteins, Kavanaughs, and Cosbys, so many undulating definitions and terms for gendered expression and construction, LS demonstrated a clear foresight of the implications of power dynamics in scenes on the fringe. The culture of these fashionable nihilists, outside of the status quo, suffer from the same conflicts as their normie equivalents. There is seemingly no escape. At least, in this case, the culture allows for a cynical perspective, a fury and a fight. 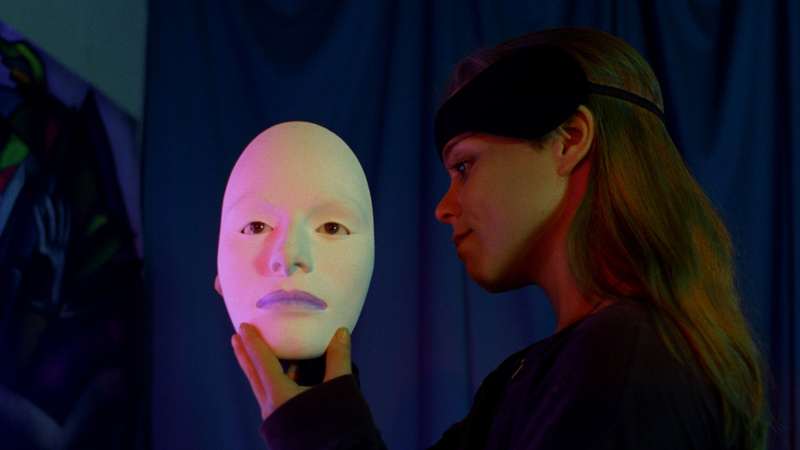 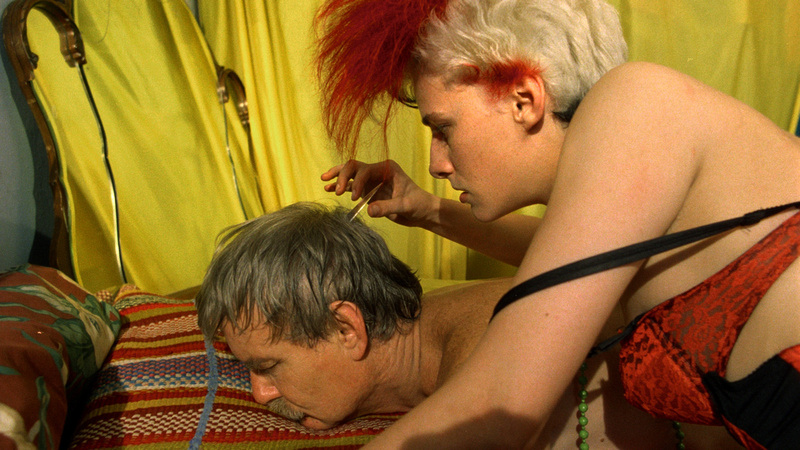 For many years, I had a healthy and pleasant relationship with a man who had been my professor. While a power imbalance exists implicitly, I felt personally empowered by the fact that I had been the pursuer. I enjoyed the company of someone who could stimulate my mind and expand on its potential by osmosis.

His maturity and knowledge meant he knew to value me, and gave me a reasonable amount of space to be myself.

In reality, the most fruitful read of the relationship between Margaret (Anne Carlisle) and Owen (Bob Brady) is the tension illustrated between the cynical nihilism of Margaret's peers, "We, at least, know we're in costume," and the aging irrelevance of Owen's romantic stonerdom. Margaret stands between, one foot in each mutually exclusive world.

No more romantic illusions. This is the 80's. Love does not win. Power does. 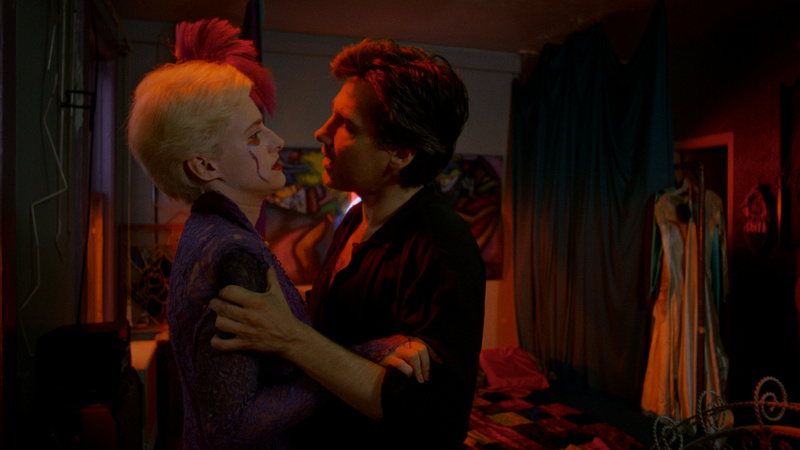 Stimulating substances, whether it be heroin or oxytocin, are hard habits to break. Maybe that's the reason for all the detachment of the scene culture in LS. Getting too close, feeling too good, is just a recipe for dependency. Better to depend on a substance than a person. People are fickle, opportunistic, and cruel. And those are just the average ones. "Good" ones seem naive, pitiful, and helpless in a world with so much degradation and evil. Prey to feed all the predators out there. Margaret is neither. And this alien isn't in a position to have to choose. How nice for... him? 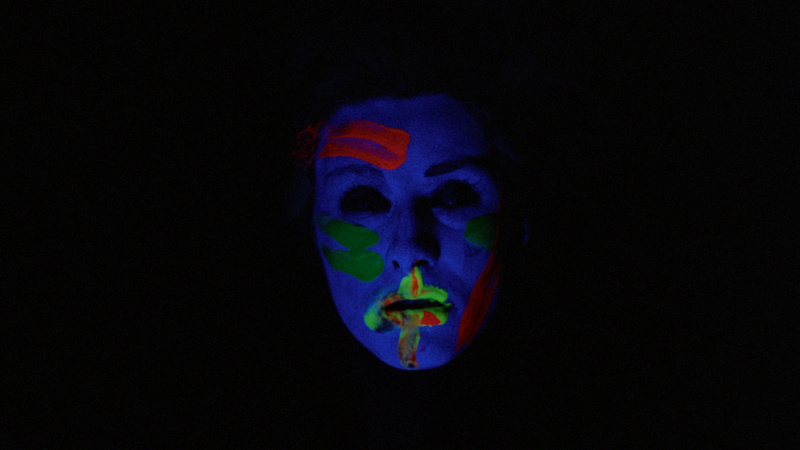 As grateful as I am to Vinegar Syndrome for re-releasing a beautiful new BluRay of Liquid Sky and providing the lovely stills you see above, you can't imagine the beauty of Margaret, draped in a wedding gown, climbing a fire escape on the side of an apartment building in the night.

I have the privilege of living in Durham, which gives me access to Durham County Public Libraries.

I recently discovered that one can check out up to 10 movies at a time, with a very easy online user experience that allows placing holds and searching their catalog. Thanks to this amazing, free, public resource, I've been filling out some outstanding gaps in my cinematic experience.

They also send all your Held titles to the branch closest to you. It's a fucking miracle. 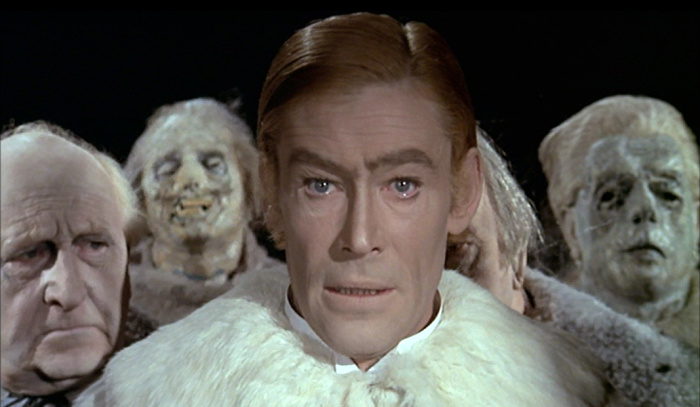 The Lady From Shanghai (1947, dir. Welles) - A reminder to be glad not to be a part of the upper class. They're the worst. Also, Welles is smoking hot.

La Dolce Vita (1960, dir. Fellini) - An old man once told me I look like Sophia Loren. After this movie, I think it may be the nicest thing anyone has ever said to me.

*Correction: that was Anita Eckberg. Whoops. Thanks anyway, old man.

The Last Picture Show (1971, Bogdanovich) - Holy. Shit. Ellen. Burstyn. Her character's meaningful fling with Sam the Lion made the movie.

Jodorowsky's Dune (2014, Pavich) - Dali, Welles, Jagger, Jodorowsky, Giger, all part of the same project? I mean, how the fuck did this not happen?!

The Ruling Class (1972, Medak) - Speaking of money. I felt my soul short-circuit at the nerve endings in my face at the conclusion of this movie. It left me feeling devastated, mortified. I needed time to catch my breath. 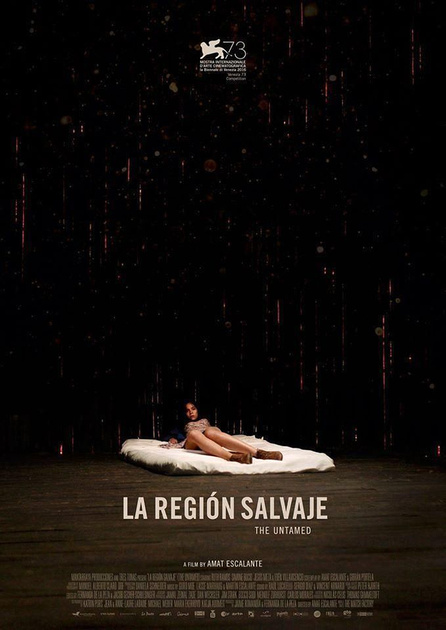 Spooky actions at a distance:

While I've had Eyes Wide Shut  on the brain for a couple of weeks now, I was hanging out at my friend's bar during the brief brush we had with Hurricane Florence and he played Chris Isaac's Baby Did a Bad Bad Thing unbidden. It had been stuck in my head for two days prior.

Then, today, I was listening to The Classical Station (WCPE 89.7FM) and this happened:

"I got so many problems with my brain, it's a real pain in the ass."